Windows Subsystem for Linux (WSL), also known as Bash on Ubuntu on Windows, is nothing short of a game-changer! If you are ready to check out what the hype is all about, read on.

Before you can install WSL, you need to do a couple of things:

After you have done this you need to reboot your computer.

Open up a command prompt (cmd or PowerShell), and type in the command

Follow the prompts on screen and the Ubuntu image will be downloaded and installed, and you will be asked to create a username and password. Note that this user have no relationship with your Windows user account. 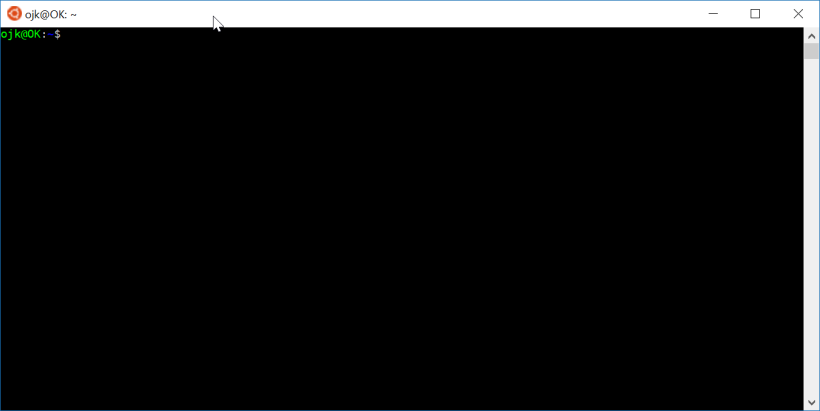 After everything is set up you will be inside Ubuntu, in your home folder (in Linux this is represented by the tilde character: ~)

Note that the Linux home folder is not the same as your Windows home folder, and is actually located at “%localappdata%\lxss\“.

The easiest way of installing new software, and to update both the system and installed packages are to use the built-in package manager in Ubuntu, called apt-get.

The following commands will update all installed packages in Ubuntu:

The following command is used to install new packages:

The following command is used to uninstall a package:

If you are installing on a Windows installation with a non-English locale, chances are you will get Ubuntu set up with this locale as well. 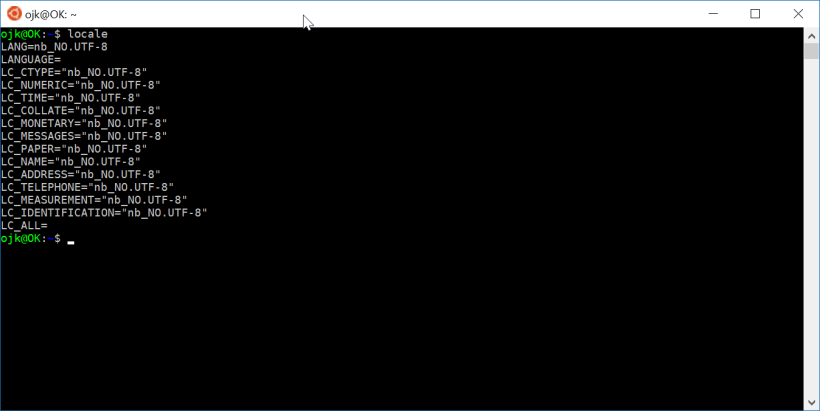 To list all the available locales on your system: 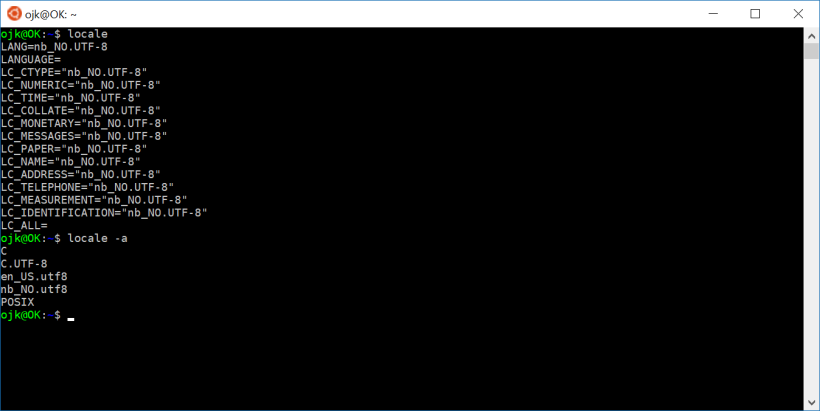 To change locale, you can use the update-locale command. For instance, if you just want to change the language to US English:

You need to exit and restart WSL for these changes to take effect.

You can now update to the newest version: 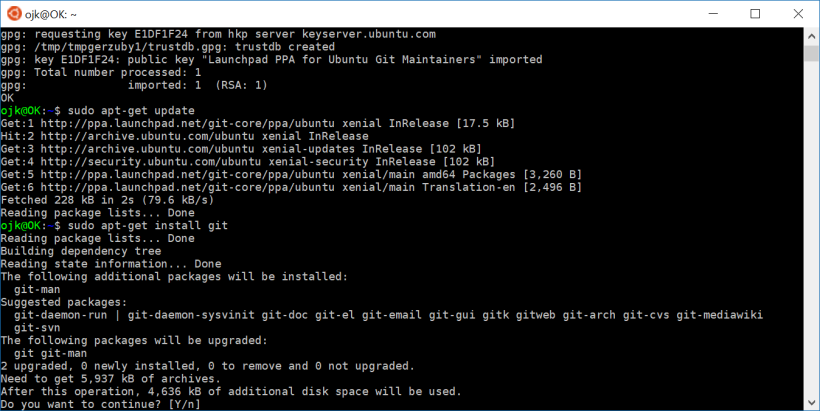 The default shell in WSL is bash. There exists other shells to choose from if you want change things up. Two popular choices are zsh and fish.

If you want to install the newest version of fish, they have a repository you should add. The version in the Ubuntu repositories are some versions behind:

The same is true of zsh, but I couldn’t find any “official” PPA for zsh.

Usually changing the default shell in Linux is as simple as running a simple command. But when using WSL it’s unfortunately not as simple. Since the entry-point to WSL is bash.exe we will always start bash. The trick is to run bash with the -c parameter to get it to immediately launch another shell:

This will launch WSL with the fish shell in the home folder. Just create a new Windows shortcut and add the following as the target:

Replace fish with whatever shell you want.

There exists tons of ways of customizing your Linux shell of choice. I’m not going to go into specifics in this introductory post, as there exists a lot of information and examples online if you search for it. I will mention though that there exist a popular choice for the zsh shell called oh-my-zsh. A similar project exists for the bash shell; bash-it, and fish; oh-my-fish. These are worth checking out if you want something other than the default look for each shell.

If you are in the habit of starting bash from PowerShell, you might have seen that the default colors in WSL are not exactly ideal together with the default blue background.

Being able to use ssh from the command line is almost reason enough to start using Windows Subsystem for Linux.

The first thing you should do is to create your default key pair:

Just accept the default values (unless you want to set a password for the key, in that case enter a password when prompted for it). 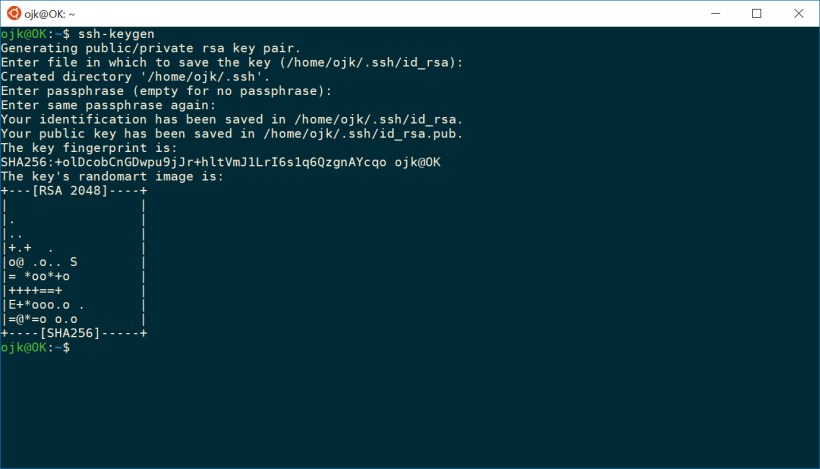 This will create a key pair (id_rsa) and save it in a hidden folder (.ssh) in your home folder.

You don’t have to, but it’s customary to store all your keys in ~/.ssh. To use ssh to connect to a computer:

To get you started in Linux I’m including some small tips and tricks that might be nice for complete beginners.

Most commands in Linux will support the parameter –help, which will list out information about the command in question.

In Linux the casing matters. So for instance, the file mytextfile.txt is not the same as Mytextfile.txt.

Setting variables in Linux is done as follows:

If you want to set global variables, you need to use the export keyword:

Both of these variables are now available in the global scope.

Running some commands, or editing some files, will need elevated access. The way this is done in Linux is to use the sudo command (SuperUser DO), for instance:

If you end up doing a lot of actions that needs elevated access, and are tired of writing sudo before each command, you can change the user to the Super User:

To return to the normal user:

To read the contents of a file:

For editing files you have a couple of options. The easiest is probably to use nano:

Nano have a helpful bar at the bottom, giving you hints to common operations. The other option is vi(m):

Opening up a file in vi for the same time can make anyone despair. Here are some helpfull hints to survive vi:

There are of course a ton of other options for vi, but these should at least enable you to do basic stuff without suffering a heart attack!

That’s it for now. I encourage you to trying it out your self, and getting familiar with Linux.

Note that I’m by no means a Linux expert, so if notice anything wrong, or know of any other tips and tricks, please let me know in the comments section below!

Share what I know or discovered when working with Windows PowerShell.

Spreading the gospel of powershell scripting

What is this Powershell of which you speak?

up in the trees